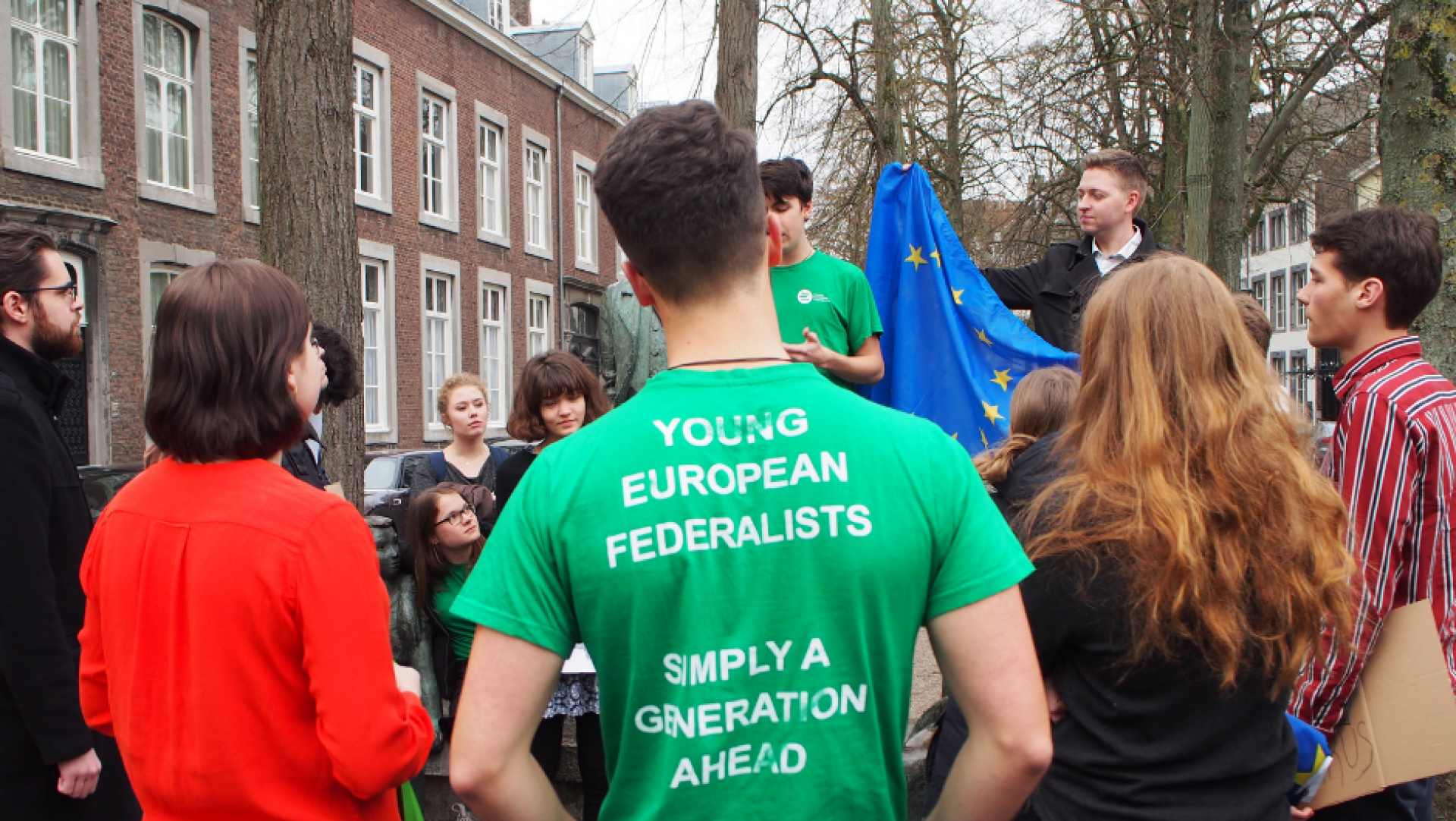 The Young European Federalists are a pan-European network of about 30.000 enthusiastic and dynamic young people in 30 European countries who profoundly believe that Europe is our future and who commit themselves to make it an even better place to live in! According to the Statutes, the goal of JEF is the creation of a democratic European federation as a crucial ingredient for peace, a guarantee for a more free, just and democratic society and a first step towards a world federation. JEF promotes true European Citizenship, works for the widening and deepening of the EU and strives for a more just and integrated society on the European continent. The Statutes also stipulate that JEF is independent from all political parties and ideologies and pursues its objectives autonomously. Nevertheless, the organisation can of course participate in the exchange of opinions and experiences with political movements, public institutions, associations and the general public. JEF aims at bringing Europe closer to the Citizens and the Citizens closer to Europe. To this end, the organisation aspires to develop a better understanding of European Federalism, advances the implementation of the European and federalist ideals by concentrating its action on the achievement of international democracy, rule of law and efficient, democratic and transparent decision-making through respect for federal principles in Europe and beyond

JEF wants to help young people find their place in the European Union. By organising street actions, guided tours, debates and seminars, we try to make sure that young people are aware the issues in Europe today and the future.

Our local sections in Amsterdam, Den Haag, Enschede, Maastricht and Nijmegen make sure that there are JEF-activities in your own city. By becoming a JEF-member, you can get to know how JEF works and get the chance to participate in several international seminars! Being involved in JEF also means making friends all around Europe. You will get to know enthusiastic people from the east, west, north and south, united in diversity and in their appreciation of European culture.

What is the JEF Cross-Border-Network?

JEF Netherlands was one of the co-founders of the JEF Cross Border Network, a network that connects the JEF sections and young people from Lille (Fr), Belgium, Nordrhein-Westfalen (De), Rheinland-Pfalz (De)and Luxemburg. The Cross Border Network wants to give young people from these countries and regions the chance to meet each other to share their practical experiences, to discuss their view on the European project and to have fun. The first activity of the network was a cross-border seminar in Maastricht in September 2012 on the “economic and financial crises and European Solidarity”, followed by a network-wide solidarity action in November 2012. This seminar was only the start of more exchanges on the local level and some more profound cooperation between the national and regional sections within the network.

Who are our Partners?